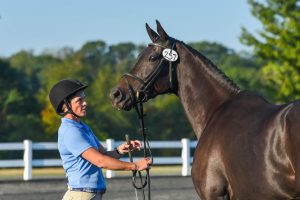 Purchased as a 2-year-old after a brief—and slow—racing career, Grateful quickly proved that she had the potential and talent to go far. She started her competitive career in the USEA’s Future Event Horse series, earning top scores all year, and culminating her in-hand career as the Champion 3-year-old Filly! As she enters her under saddle competitive career, everyone is excited to see where she goes! If you’re interested in becoming involved with this talented horse’s future as an owner, contact Katie today! 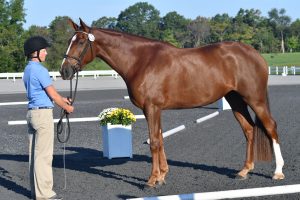 Owned in partnership with Lisa Reid, “Sydney” has had star quality written all over her since she was born. By the popular sport horse stallion BFF Incognito and out of Katie’s own Miss Texas, Sydney has everything she needs to be a successful sport horse. She enjoyed a successful Future Event Horse career, and is now entering her under saddle show career. Everyone is excited to see how she progresses! 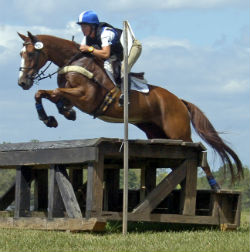 Trip is your typical redhead—a little dramatic at times, and very sure that he’s the best out there. Katie took her time with Trip, eventually reaching the Advanced level of eventing. He’s a good jumper and a good mover, and most importantly, he loves his job and tries his heart out. After several years of competing at the upper levels, Trip has “retired” to the job of schoolmaster for Katie’s students. He’s fairly certain this is the best job, as now he really does know best!

Some of Trip’s Accomplishments:
– Completed several Advanced horse Trials as well as the CIC3* at Richland Park Horse Trials
– Completed the CCI2* at Fair Hill International twice, including being the Top Maryland rider in 2015 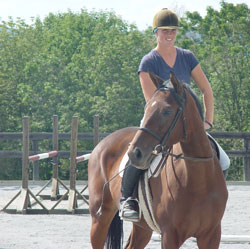 Every barn needs a princess, and Texas has taken on this role with pleasure! Trained by racehorse trainer Tim Tullock, she suffered a racing injury while training as a 2 year old. Knowing that this filly had more in her future than just racing, Katie was gifted Texas. This mare quickly progressed through the levels in eventing before Katie decided to breed her to well-known eventing stallion BFF Incognito. In 2014, Texas had BFF Alias, who Katie owns in partnership with BFF Incognito’s owner Lisa Reid. Since having her filly, Texas has taken on the role of schoolmaster for Katie’s students. 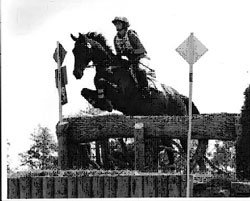 Digger, a homebred of Packy and Judy McGaughan’s Banbury Cross Farm, has the distinction of being Katie’s first Advanced horse. Katie bought him as a 4-year-old while working with Packy. Digger is now retired at Rock Solid Training, and Katie remembers him as being the ultimate teacher – very demanding, but also very forgiving. Even as he enters his 20s, Digger is still in charge of everything at the farm, and is sure he still has a lot to teach those around him. 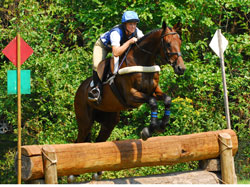 Jeffrey had a rough start to life. After a brief career at the racetrack, he was all but abandoned at a woman’s farm. A friend of a friend alerted Katie to this large handsome gelding, and after liking what she saw, Katie wrote a check for $1,000 and took him home for some TLC. A natural, Jeffrey did his first novice six months later and never looked back. While he was a tad mischievous, Jeffrey was by far the most well-behaved horse of the group. He was a definite momma’s boy and liked nothing more than a long afternoon nap in the field. Tragically, Jeffrey shattered his ankle just as he was getting ready to move up to Advanced. After a successful surgery, he returned to work and acted as a school master for Katie’s students.

Sadly, Jeffrey had a bad case of colic in the winter of 2012 and was humanely euthanized.